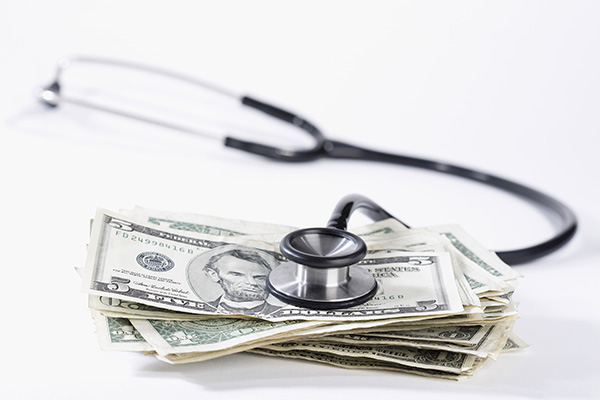 Time to review the Insurance Benefits and Processes?

With the economic shutdown from COVID-19, is this a time review insurance benefits and processes?

Every business is different, and COVID has impacted every industry, which may lead some employers to re-address their benefits and procedures.

Employee education on Insurance Benefits has been changing the last five years, to a more digital environment.  There was a time where open enrollment meetings consisted of insurance professionals on-site with a stack of papers.  Will this continue in a post COVID environment?

The solution is going to digital enrollment & Insurance Benefits administration platforms that also help to educate employees and their spouses on insurance options, which should Include lines of communications for specific benefit questions.

An employee receives a welcome email, and they register to view and enroll in benefits. Controllers/HR/Owners can quickly track the employee’s progression through the enrollment process with reporting features.

Just a few years ago, a benefits admin platform had a high cost to employers. As technology has evolved, that cost has dropped significantly. Here at Nefouse & Associates, Inc, we can provide a full benefit admin system to our clients at no additional cost.

Right now, Insurance companies like every other industry are ready to get back to bringing in new business. Underwriting departments being more aggressive with issuing competitive rates. Small groups with less than 20 employees electing coverage will need to complete applications that can be quickly streamlined with a benefits admin system.

Now is also an excellent time to look at what type of plan designs are being offered compared to the industry. Using benchmarking tools, we can quickly advise if your plan offering is competitive.

When it comes to dental, vision, life & disability, the insurance carriers are incredibly competitive both on cost and increasing benefits.  With COVID-19, there has been an increase in employees electing voluntary life for themselves and dependents. Some employer is taking the opportunity to launch a new open enrollment for life selections.

END_OF_DOCUMENT_TOKEN_TO_BE_REPLACED

The Department of Labor released their final rule on the creations of Association Health plans.

There has been a great deal of criticism and misinformation in the media. 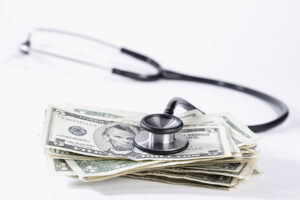 The DOL final rules provide the guideline for setting up association health plans.  These plans would be governed by both State and Federal guidelines.  The Employee Retirement Income Security Act of 1974 (ERISA) would be just one of the laws that the AHP’s would have to follow.

Small employers could join in an association to purchase a group health insurance plan under as a large group entity.  Previously small employers were unable to do this because they were governed under small group laws. This prevents small employers from being treated as a large employer from a health insurance standpoint.  Under a small group, a company must have at least two employees to be eligible for benefits.  This has created an obstacle for most owners who have no employees.  Under the new AHP guidelines, the working owner with no employees can now be eligible for a group health plan.

In Indiana, we saw a large number of business consultants leave employers and operate as a sole proprietor with no employees. At the beginning of the ACA, there were multiple individual health insurance companies that provided decent coverage at a somewhat fair cost.  This allowed these consultants to operate as self-employed.  We fast forward to 2018, the individual market has collapsed, and the policies left are very expensive with limited network access. Thus, most of the Indiana business consultants have rejoined corporation because of the health benefits.  With a properly formed AHP, Indiana consultants will have the option of returning to be self-employed without a lack of insurance options preventing them.

There has been much criticism about the AHP’s offering limited benefit or being subject to fraud.  The DOL’s final rule clearly states the guidelines the health plans must follow.  The plans will have the ability to limit coverage that has been required by the affordable care act, but it’s a very fine line.   The rule states if an AHP covers one of the essential benefits, it cannot limit that coverage.  The AHP could exclude coverage for one of the essential benefits.  There are still multiple safeguards that the plan must go through to be approved.  The AHP still must meet state guidelines to be approved, and the state is not going to approve a plan that may be questionable coverage.   What could be excluded is pediatric dental & vision which could reduce the cost by 3.5%.   The members of the associations must control the group health plan. This could lead to the members voting on what benefits to cover.  Even with membership control, the state Department of Insurance would still have to approve the plan.

An AHP that operates in multiple states is allowed but only if the association is in a tri-state type of situation. Realistically, let’s say we have an association of Light Bulb distributors located in Evansville Indiana, that association could have members in Missouri, Kentucky & Maybe Illinois or Ohio. In that situation, you could have AHP in multiple states.  If that were to happen, the AHP would have to be approved by multiple Departments of Insurance.   The DOL Final ruling appears to be more favorable to AHPs operating in single states and providing a health plan to certain industries. AHPs are prohibitive of offering blanket coverage to any industry.

The AHP must not be sponsored by an Insurance company.  This means that an insurance company can have little to do with the development of the AHP outside of providing coverage and administration services. This can create a barrier to starting a new AHP. It will take someone that has specific knowledge and experience to launch a new AHP.

How much savings could an AHP deliver vs. the ACA Market?

This is the big question that as of now there is no answer.  Many variables would impact the cost of an AHP.  For an Indiana AHP to honestly be success full, I think the price should be that of pre-ACA, which would be about 50% less than the current small group and Individual plans.

Here at Nefouse & Associates, we have decided to explore setting up an association plan for Indiana business consultants.

END_OF_DOCUMENT_TOKEN_TO_BE_REPLACED

August 29th, my Mom was diagnosed with pancreatic Cancer stage 4.

My Mom has had 5 session of chemo therapy at this time. During this time we also started a regiment of supplements.  IP-6 inositol & Selenium.  Mom has been taking 3,000 milligrams of IP-6 per day & 600 milligrams of selenium a day. Essentially 2 pills 3 times a day for both supplements.

I don’t know if the chemo or the supplement or a combination of both has helped.  When the doctor saw the lower cancer blood count, her jaw dropped.

Mom had initially dropped 16 pounds because she could not eat. Last weight in at the doctors office, she has gained 2 pounds. She has been able to eat and digest foods.

We went to dinner last Friday night. I never thought I would have dinner with Mom again, after the diagnosis of Stage 4 Pancreatic Cancer.

My Mom came to the hockey rink last Saturday and watched her grand kids play hockey.

In my Heart I believe the IP-6 and the Selenium is making a huge difference in her treatment.

I know how deadly this disease and we still have a long way to go. This is a true glimmer of hope. We should have another Cat Scan in about 5 weeks. That will be a true bench mark of how the treatment is going.

If you are reading this then you may be faced with this frighting disease. You are not alone!

Speak with your Doctor and ask them if it OK to take these supplements. In our situation we felt we had nothing to lose.

END_OF_DOCUMENT_TOKEN_TO_BE_REPLACED 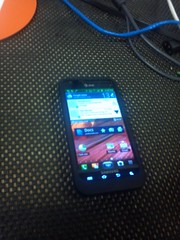 Unitedhealthcare is one of the leading health insurance carriers when it comes to technology. They are not always user friendly but this Smart Phone App is really cool.

As you know the words cool usually are not in the same sentence as health insurance.

This app is to help families track their health care. With health plans shifting more up front cost onto the insured these kind of tools can be very effective in tacking and budgeting for health expenses.

Right now there are few smart phone apps associated with health insurance. These type of apps are not for everyone but if you want to take control of your health care dollars this is good starting point.