As We Approach 2018, How is Health Insurance of Indiana Looking?

We quickly approach Jan 1st, 2018, the state of health insurance in Indiana is nowhere near close to being stable.

The Affordable Care Act has failed every Hoosier that pays for or towards a health insurance policy. One segment of the population has benefited from the ACA, and that is the Medicaid Expansion (HIP2.0). HIP 2.0 members has swelled to over 500K Hoosiers. The marketplace did make it much easier to start the enrollment into Medicaid. Originally Indiana was projected to have 1 million residents that were buying health insurance coverage from the exchange. It was estimated we had 150K on the exchange in 2017. Estimated is the correct description because half of the membership would drop off mid-year.

Hoosiers who purchase coverage through the exchange will only have two carriers to choose from in 2018. (Ambetter & CareSource) Both of these companies have large Medicaid divisions. CareSource’s exchange network is about 20% larger than their Medicaid network. One of the frightening concerns that no one is talking about is the artificial specialist network. This is where they will list the same doctor multiple times under different addresses.

If you live in an Indiana county that offers Ambetter, then that is the best of bad options. They will be offering a Health Saving Account plan. If you want to know why this is the best of the bad plans, contact us. 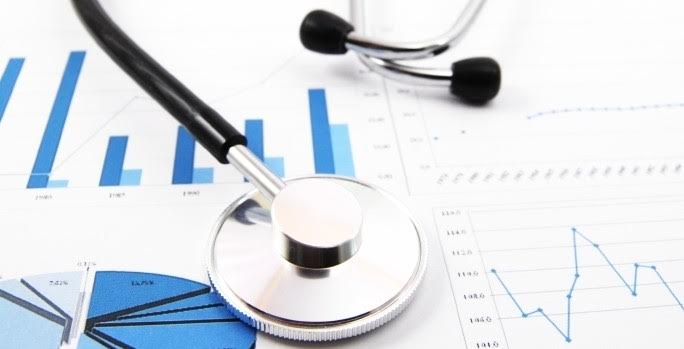 Indiana Small Group Health Plans
A small group in Indiana is less than 50 employees. If you currently have a small group health plan that is considered grandmother on Anthem’s legacy platform, it’s been a wild ride. 2018 your renewal date has most likely moved to Jan 1st. This is after four years of having the renewal date move moved every year. This grandmother block was not supposed to renew this year under the ACA, but the new administration decided to allow this business to continue. Which is good news for most small groups, but some are receiving big rate increases. The average rate increase is 13% but can go as high as 30%. This block of business is rated based off of claims. The last three years, these group plans have received low rate increase because the plans were all underwritten. Over time, claims do occur, and now it’s showing.

The fully insured group options you can count on one hand.
There are three carriers who offer small group coverage. Unitedhealthcare, Anthem, & IU. 2018 rates have increased with all three carriers. The average composite premium was already around $500 a month per employee; now they are closer to $600. This is getting very close to out of reach for most small group employers. Now a company has to get creative with not only plan design but with how the premium is rated. What to know an effective strategy? Contact us to learn more.

Level Funded Partially Self Funded
One group health option that has shown to be effective is using level funded health plans for small groups. These plans have underwriting, which creates significant savings if your employees and dependents are healthy. Premiums can be as low as $300 per employee per month. After underwriting the average premium is about 30% lower than the fully insured market. Indiana now has multiple carriers offering these options. Each carrier viewed risk differently, the best approach is to underwrite with all of them to get the best deal. The largest saving happens with there are multiple dependents being covered.

Large Group Coverage 50-99
The Large group allows for underwriting, and this is key to getting lower premiums. If the company has 50 eligible, then you can go to large group. For 2018, Anthem is counting part-time employees at full time, so that you can go to the underwritten market. This is a game changer for many Indiana companies. There are only a couple of companies competing in this segment. One thing that has come as a surprise, is the level funded carriers are not as competitive in this segment.

The President Executive Order
The new executive looks to be another failed attempt by Washington DC to help the current health insurance markets.

First, the ending of the government paying cost-sharing reductions. Most politicians and journalists have little understanding of the actual impacts of this. Cost Sharing Reduction (CSR) is where people making less than 250% of federal poverty level (FPL) would receive lower deductibles and out of pockets when they purchased health insurance through the exchange. The government was paying the difference directly to the insurance companies. Under the order, these payments will stop, but the health plans will still have CSR. So now the two insurance companies left in Indiana, will charge more in premium for those options. On the exchange, a qualified member will not pay more than 9.5% of income towards premiums. It will impact Hoosiers that don’t receive tax credits and want to purchase a silver level plan.

The second order has to do with increased flexibility with Health Reimbursement Accounts (HRA). The idea here is to give employees money on a tax-deferred basis so that they can purchase Individual plans. If there is no individual market, this has little impact in the short term.
The third is the creation of association plans or buying health plans across state lines. Currently, the carrier can sell across state lines but choose not to. There are multiple reasons why they don’t do this, but if state regulation along with federal mandates removed, this could create another individual market. With association plans, if they don’t have to abide by ERISA and ACA laws this could also open up different health insurance options. None of this would happen in 2018; it would take years for products to be created.

A recent two-year study revealed how much Indiana hospitals are charging for health care. The study used Medicare reimbursement rates as the benchmark. The study that received almost no consideration proved that Indiana hospitals are charging over 300% of Medicare rates. In 2018, hopefully, more attention is raised about what our medical community charges. There is a very quiet movement of using health insurance plans that reimburse based off of Medicare rates. The cost is significantly lower than using a network. The medical community is reluctant to accept these low reimbursement rates when they are used to getting 300% above Medicare.