It was reported that the Trump administration has reinstated the risk adjustment program of the affordable care act.

The risk adjustment program redistributes funds from carriers with lower risk members to plan with higher risk member.  The reason this was witten in the ACA was to protect against adverse selection in the marketplace by spreading the financial risks across the markets.  Authors of the ACA through this program would prevent insurance companies trying to attract healthier members and compete based on the value of product offering.

The risk adjustment program was a failure because more insurance companies were requesting payment, than paying into. This was the legal argument on why the current administration suspended payments based on the law being deficit neutral.

How this Impacts Indiana? 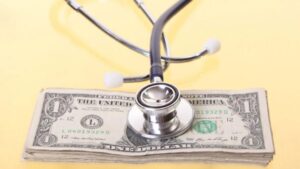 In the individual market, we only have the two insurance companies offering coverage. Both Ambetter and CareSource included receiving risk adjustment payments in their 2019 filings with the Indiana Department of Insurance.  Had the payments for Risk adjustment not been reinstated, then these two insurance companies would have had to raise their premiums.

The administration had to reinstate the payment, even if they don’t believe in it. The few insurance companies still participating in the individual markets, were developing products based on the existing rules.  When reviewing the insurance company’s filings which justifies the premium they intend to charge, the risk adjustment receivables can determine if the company will be profitable.  The individual plans are operating on less than 5% profit margin, and if receivables represent more than 10% of the premium, without out it,  those companies could lose money and decide to withdraw altogether.