As we wrap up the end of 2017’s open enrollment, the ACA will change, as we know it. The new administration is in the process of developing the next health care reform. 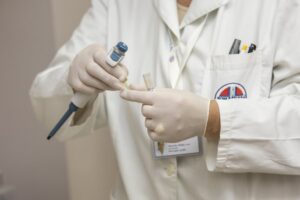 Regardless of the new administration, the ACA was/is imploding on its own. Most of the national carriers have left the individual exchange markets. There is multiple reasons why and they are all valid. The ACA contained punitive fees to carriers if they managed their business better than expected. This lead to the exiting of Aetna. There are smaller carriers that have gamed this area of the law and made money off of it. The overall health of the individual market is far worse than what anyone knew. Which creates much greater losses. Then there is the issue of dealing with the federal marketplace, which has created significant obstacles, which leads to additional administration costs.  What the ACA failed to realize, is that there are only about 20 million people in the individual market, where there is 160 million in the group market. Carriers are allocating most of their resources to the individual market when it represents a small segment of their overall business.

The health plans for 2017 had either skyrocketed in price or are offering extremely limited networks. Under the ACA, we have seen the reemergence of managed care (HMO). We have also seen the traditional Medicaid companies enter the exchange market with similar product offerings. For people with experience with Medicaid, these plans do not seem out of the ordinary. For people who use PPO plans, this experience can be frustrating and impact care. With guaranteed issue, managed care is the only option to try to control cost. Managed care plans will continue in the individual market as long as guaranteed issued exists.

If you are not eligible for tax credits on the exchange, you have seen a huge increase in monthly premiums. For 2017, a couple in their early 60’s can easily be paying $2,000 a month. When you add the out of pocket expense on top of that and we are looking at $30,000+ in health care costs.

No matter what happens during the election, this system is imploding. There is a slight chance we could see an exit of the individual carriers that are left. That leads us to one safe option for health insurance; group coverage.

As it stands right now, group coverage is the only platform that could be considered stable. If you are a small company that has dropped group coverage for individual, you may want to consider moving back to group. There have been indications from carriers, they may drop out of the individual market in 2018.