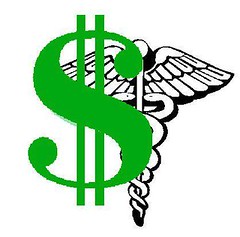 NY Times reported a interesting view on health care reform.  They are reporting a glitch in the health care law.

Under the Affordable Care Act, if an employee has access to group health benefits, then their dependents are not eligible for subsidies through the exchange. This is basically the short version of the argument. This aspect of the law have been interpreted by both the IRS and Congressional Joint Committee on Taxation.

The so called “glitch” is that a employee may be able to afford their portion of the premium, on a employer sponsored health plan but not the dependent portion.  In Indianapolis, an employee only contribution, maybe below $1,000 a year. Now if we add the dependents to the plan the cost may very well jump to $7,000 year. A lot of Indianapolis small group and mid size companies, the employer has gone with the philosophy to pay the for the employee. The lower pay employees, then are unable to afford to put their families on the plan. This is 100% a legit issue.

These dependents will not qualify for subsidies under the health care reform. The reason the law was written this way is to keep some type of retention on employer sponsored plans.

In Indianapolis, we are going to see a lot of employers with under 50 employees consider dropping group health coverage in 2014.  There is going to be many health insurance and legal factors a decisions maker will consider. If the employee base are low wage earners, then the employer may be doing the employees a favor by dropping coverage. This will give the low paid employees full access to subsidies. So the argument could be made that if this is not fixed then it will lead to groups dropping coverage.