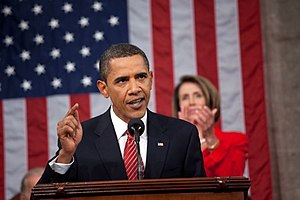 In Indianapolis, the health care law will have a huge impact on Hoosiers health insurance along with the rest of the country. Thursday the Supreme Court is expected to rule on the health care reform law. Many residents are questioning the true impact of the health care.

A famous quote was “We have to pass the bill so that you find out what’s in it” House Speaker Nancy Pelosi. People are starting to realize the health care reform is not living up to expectations.

The main selling points of the law.

1st It would bring down the cost of health care. The President said families would save on average $2,500 a year on their premiums.

According to the Kaiser Family Foundation, The health care law has already increased the cost of health insurance and most of the law in will not go into effect until 2014.  6 out of 10 Americans have seen premiums rise for families on average of $1,300 a year. So the costs are going up and the bill is not even in full force.

2nd  President Obama said “If you like your doctor, you will be able to keep your doctor, period. If you like your health plan, you will be able to keep your health plan, period. No one will take it away, no matter what.” This is not the case. The latest report from The Congressional Budget Office says up to 20 million American could lose their employer- provided health insurance as a direct result of the health care reform.

3rd The President stated that that cost of the health care reform was under a Trillion dollars. The CBO say the health care will cost $1.76+ Trillion over the next decade.  That is a $800 billion mistake.

When we look at the few positive aspects of the law they are really overshadowed by the negative.

Every resident should be paying attention to the Supreme Court Ruling.