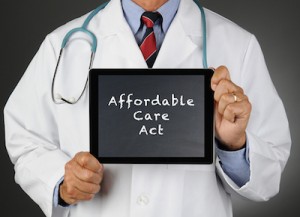 It has been 5 years since the Affordable Care Act (ACA) was passed into law. This law has had a dramatic change on health insurance markets here in Indiana and the rest of the country.

Now that most of the law has been read and interrupted by the government agencies and health insurance companies, we now see impact of the law.

The creation of the Health Insurance Marketplace through the Federal Faciltated Exchange and the tax credits. This was one of the true focal points of the ACA. The exchange and tax credit have made health insurance premiums affordable to people that are low income. With income under 400% of federal poverty, now are eligible for reduced premiums. In the laws eyes, everyone can afford a health insurance policy now.

For families that do not qualify for tax credits on the exchange, the ACA has had a negative impact from a cost standpoint. Premiums have increased 30%-50% for some of these families. It is forcing families to make tough decisions on household budgets.

Guaranteed Issue was another power aspect of the law. No one can be turned down for pre-existing conditions. This opened the door for coverage for anyone that was being treated for a condition that was otherwise uninsurable. This also has led to premium increase of over 50%.

In response to the guaranteed issue, insurance companies have tried to control cost through narrow networks. Once again we see the emergence of the HMO as a primary tool to do that.

Essential Health Benefits was the ACA answer to streamline coverage for all health insurance. This made it mandatory that all plans cover the essential benefits. This was very similar to the Medicare supplement policies. For Indiana, the essential benefits were benched marked by the carrier that had the biggest population of small group health plan. This was Anthem, and it was quickly determined some aspects of the Essential Benefits were going to make health insurance plans even more expensive than what they are now. That is how here in Indiana we have higher deductibles than what the authors of the ACA intended. The Anthem bench mark plan also put limitations on Therapies which was not what the Authors of the ACA wanted. The reason there is such disparity from state to state on the Essential Benefits, it took years for the government to determine what the essential benefits were. Then they had to determine what the cost of the mandated coverage was going to do to premiums.

The Employer Mandate has been a topic of great debate. If an Indiana employer has more than 50 full time employees (or the equivalent) they have to provide group health insurance or pay a $2,000 penalty per full time employee. This has been a huge issue with the government providing guidance on the Employee Mandate. At this time, the government still has 2 methods on determining if you are eligible for the Employer Mandate. Certain industries have made it very clear that they will not be able to afford to offer a group health insurance or afford to pay the penalty. The outcry from the business community has been so great that the government has delayed the employer mandate twice.

In Indiana, next year small groups will be companies with less than 100 employees. The pooled ratings may have similar impacts, which may lead to transitional policies.

Large Indiana Employers have been taxed by the ACA. On large group health plans this tax has been significant. Every policy in the country is being taxed to fund the affordable care act.

Right now the ACA, has 3 major aspects that impact rates.These are called the three R’s

Reinsurance is for all the individual insurance companies. This is where the government will pay after a claim hits a certain number. Right now that number is $45,000. Once a claim has hit $45k the government is supposed to pay up $250,000. This was put into the law to keep the insurance companies from exiting the individual market and attract new carriers. This reinsurance will go away in 2017, and could lead to an exodus of smaller individual carriers in the Indiana market.

Risk Factor and Risk Corridor are permanent. This is where health insurance companies determine a risk factor for the policies they plan. Then the amount claims determines what the actual risk factor is. If the carrier performs 3% better managing their risk, then they have to pay that saving back to the companies that did not manage their risk as expected. This is one of the provisions of the law that gives no incentives for a carrier to lower their premiums. We may not see a reduction in premium until 2017, when there are less carriers in the marketplace.

Five years later has revealed a lot about the ACA, and how it works in actual market conditions. It really depends on your personal situation if you are happy with the ACA. Americans that were priced out of the individual health insurance markets and can benefit from the tax credits are thrilled. People that were denied coverage from carriers because of pre-existing conditions are happy. Middle class people are upset because their premiums have gone up and so has their out of pocket costs. Large Companies have had a huge increase in administration costs and additional taxes. Large Hospital groups are thrilled to see their uninsured claims shrink. Small medical practices cannot keep up with all the different carriers and networks. Many people fear the overall cost of the ACA will be unaffordable to the country without raising additional taxes.

Where do you stand?